In the last 24 hours, 9 more people have been infected with the Corona virus in the country. Both of them are below 10 years of age. The total number of people infected with the virus stands at 70. Two more died in the attacks. As a result, the death toll has risen to eight.

The health department’s regular briefing on the Corona virus was reported on Saturday (April 8) at 12 noon. The Director General of the Department of Health Dr. Abul Kalam Azad, Director of the Institute of Pathology, Disease Control and Research (IEDCR). Mirzadi Sabrina Flora attended. 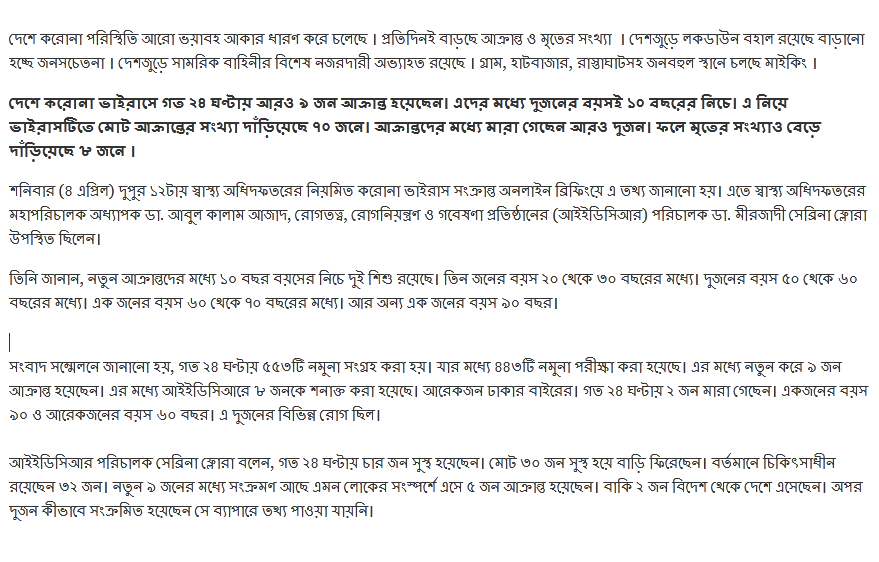 Coronavirus, a Chinese epidemic spread to Wuhan on December 31, has spread to 205 countries and regions of the world. 60 thousand 159 died. More than 2 million 28 thousand people returned home.
So far, 11 million 18,000 people have been infected with the deadly virus.Coronavirus was first detected in Bangladesh on March 8. Thereafter, infections increased day by day.

The government first declared a public holiday from March 26 to April 4 to prevent the spread of coronavirus. The holiday was later extended to 11 April.