There are no vehicles on the way to Dhaka. Due to the Corona situation, the slopes of people have been dropped on Dhaka-Mymensingh Highway and Paturia-Daulatdia Ghat for the second time in the normal holidays.

The flow of garment workers from Mymensingh is still going towards Dhaka. Humans have fallen down the Dhaka-Mymensingh highway. People from different regions are moving towards Dhaka as they can. Small vehicles like auto rickshaws, trucks, pickups, CNG are taking the risk to Dhaka.

Many people left for Dhaka without getting a vehicle again. Hilarious returning to work from yesterday. People have started returning to the workplace just after the first steps of the general holiday are over. 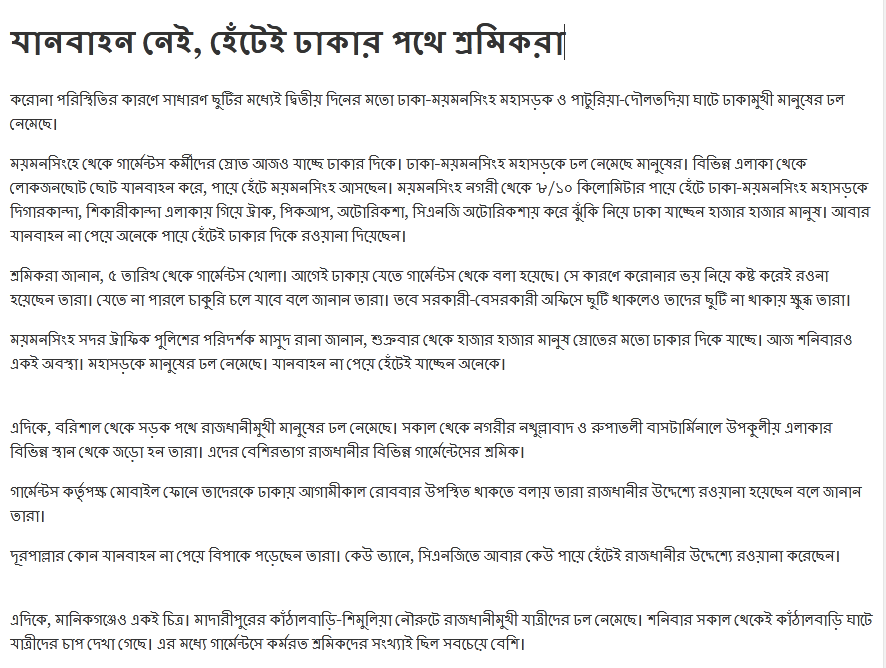 Due to the lack of public transport on the roads, some people are coming to Mymensingh without getting vehicles. Someone is starting to go to work anyway. However, during the general holidays on April 02, the reunion has been extended till April 11 and the import and export factories were said to be open from April 05, in urgent need. With that source, factories are going to be opened in different places of the country, including Dhaka.

The streets are crowded with public outcry. In the case of Corona, when the lockdown is going on all over the country and maintain a distance of 3 feet by 3 feet and work is done in the factory with adequate arrangements, it is not acceptable. Looking at the roads and vehicles, it is seen that no one is keeping conscious. Most people are running without masks.

Workers said the garments were open from 5am. Garment has already been told to go to Dhaka. Because of that, they have left because of the fear of Corona. If they do not go, then the job will be gone, they said. However, they are angry at the fact that they have vacations in public-private offices.

Mymensingh Sadar Traffic Police Inspector Masud Rana said thousands of people were heading to Dhaka like streams since Friday. Same situation today is Saturday. The eels of people have fallen on the highway. Many are walking without getting vehicles.