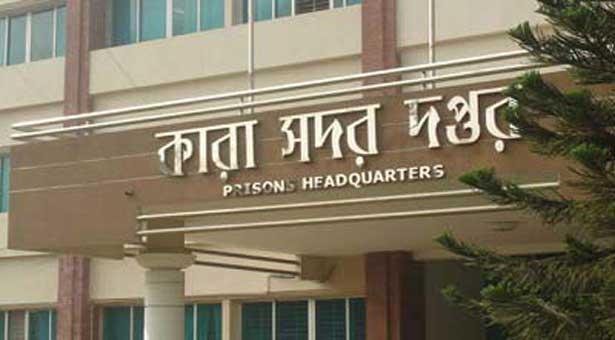 3100 prisoners in Bangladesh offer release. Prisoners’ relatives are coming to the jail every day to ignore the horrors and lockdowns that are taking place across the country to prevent Corona infection. With twice the capacity of captive captive, the virus is likely to spread rapidly. Every day there are too many threats to the relatives coming to the jail.

The Department of Corrections has proposed to release about 3,000 prisoners from the jail this year to prevent transmission of the Corona virus due to lack of space. The Inspector General of Prisons Brigadier General AKM Mostafa Kamal Pasha confirmed the matter.

He also said that the release of nearly 3,000 prisoners is in process.

The inspector general said the initiative has been taken to prevent the transmission of the Corona virus.

See the details below…… 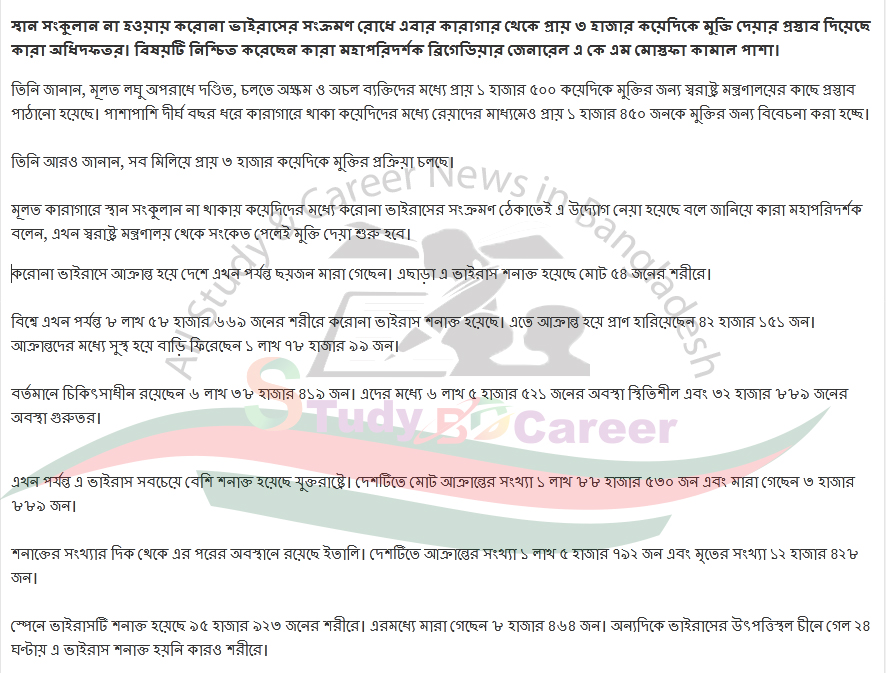 Experts say at least three thousand prisoners should be released to prevent the country’s infection. Since there is not enough space available to keep the prisoners, some prisoners have been told to stop the transmission.

Even if the prisoners are released, it is not possible to spread the infection, but the fear will be low. The government is therefore planning to release 3100 prisoners in the interest of the country.

As many as 3100 prisoners in Bangladesh jails are being released while trying hard to avoid the Corona pandemic across the country.

Direction to fire if Lockdown does not comply.

Holidays have been extended till April 11

ADVERTISING
Scroll back to top