In Bangladesh-there are 18 people affected by coronas and 88 in total. The highest number of people infected with Corona virus in Bangladesh in 24 hours was 18 and the total number was 88. This is the first time a record number of people have been infected in the country. At the same time the death toll has risen to 09 (nine).

The Health Department said this at a briefing on the Corona virus on Sunday (April 05) at noon. However, lockdown and strict monitoring of the administration are prevalent in Bangladesh. The Bangladeshi government is trying its best to control the Corona virus. After considering the first and second holidays in all aspects, the holiday has been extended for the third time on Sunday (April 05) again till April 14.

Earlier, the first holiday was till April 4. However, the holidays were extended for the 2nd time during the holidays on April 11 and Sunday (April 5) for the third time. 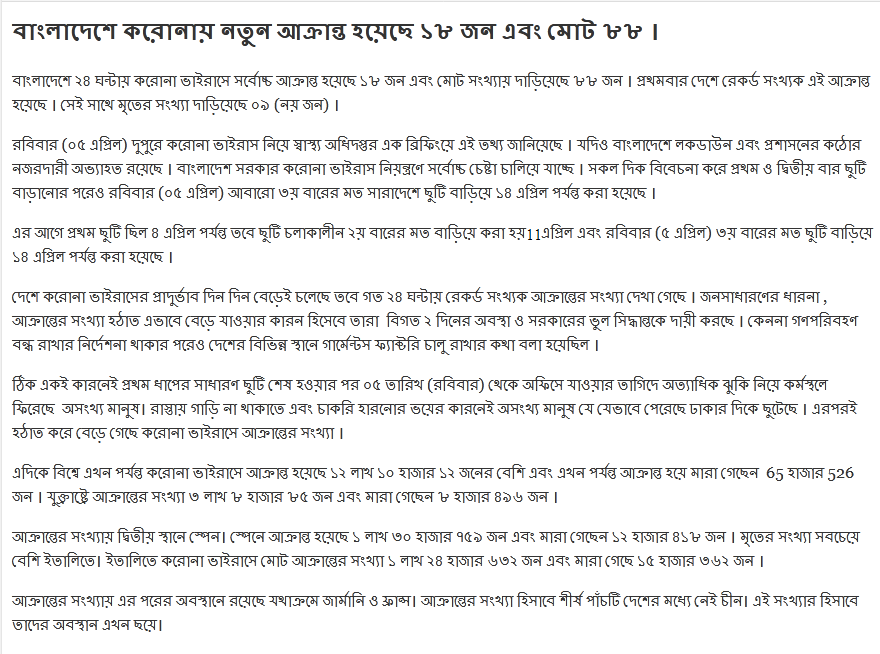 The outbreak of the Corona virus in the country has been increasing day by day, but a record number of outbreaks have been reported in the last 24 hours.

Public perception, the number of victims has been blaming the government for the past 2 days and the government’s wrong decisions as a result of such a sudden increase. Because despite the directive to stop mass transit, it was said that the garment factory would be set up in different places of the country.

That is the reason why many people have returned to the workplace with the urge to go to the office on 05th (Sunday) after the first phase of normal holiday ends. Due to the lack of cars on the roads and the fear of losing jobs, many people have flocked to Dhaka in the way they could. The number of people infected with the Corona virus has increased dramatically since then.

Spain is second in the number of victims. In Spain, 1 million 30 thousand 759 people died and 12 thousand 418 died. Italy has the highest number of deaths. The total number of people infected with the Corona virus in Italy is 1 lakh 24 thousand 632 and 15 thousand 362 have died.

The status of Bangladesh in Corona virus 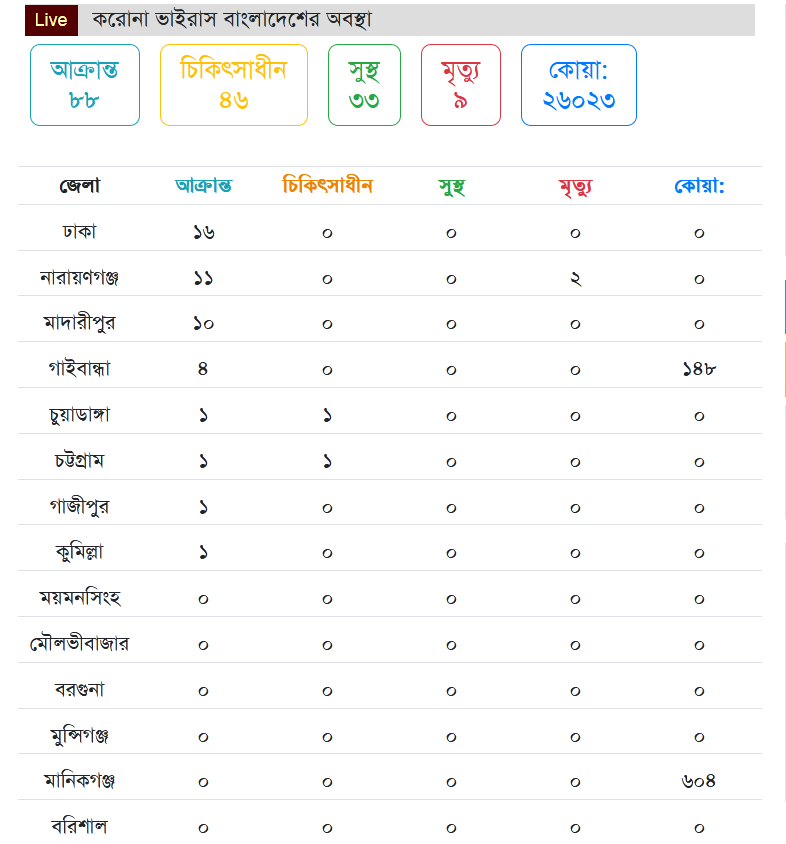 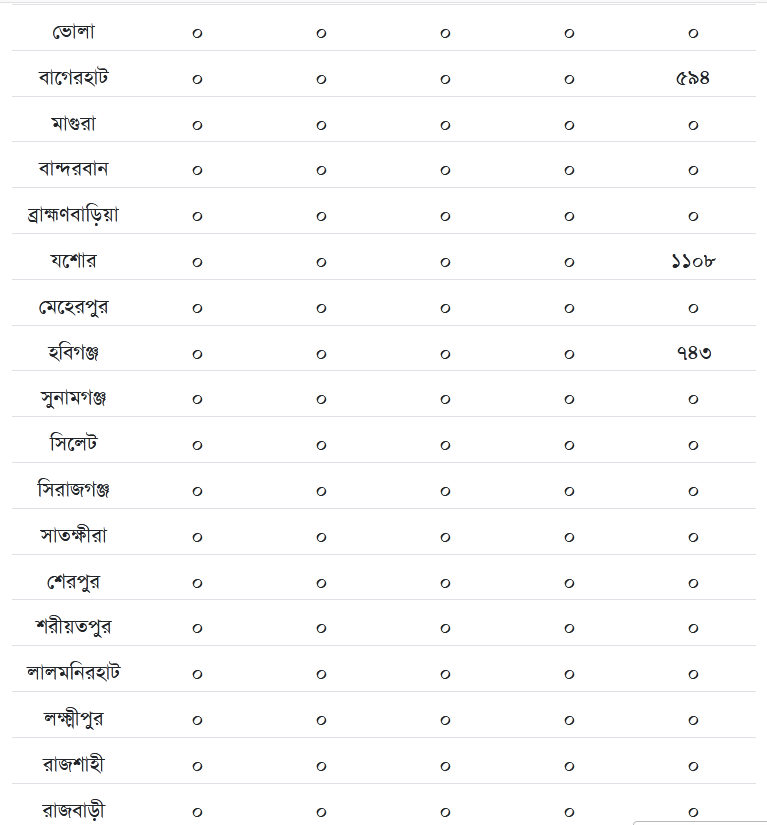 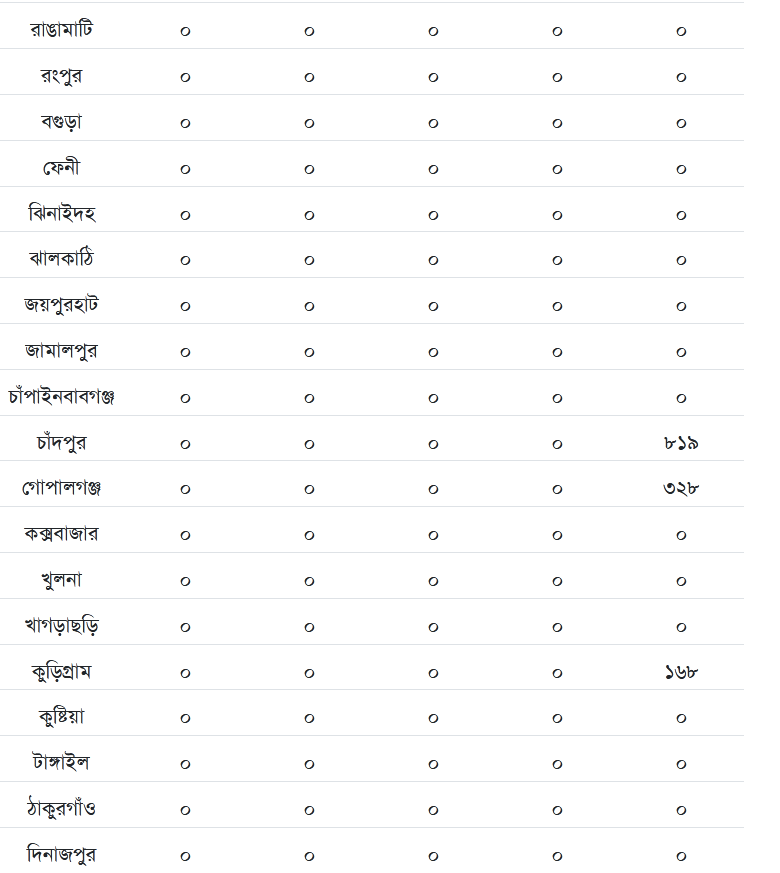 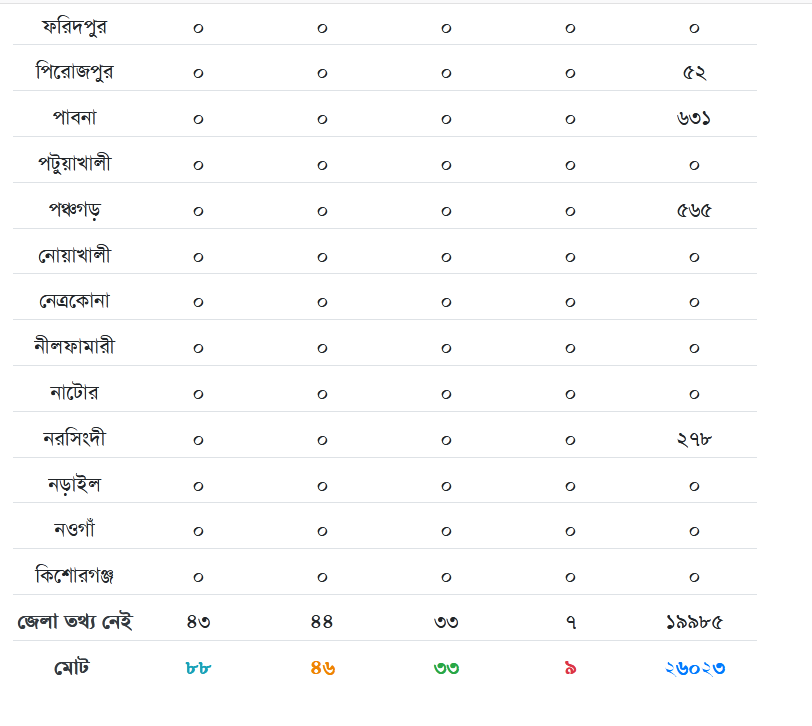 Corona virus is the state of the world 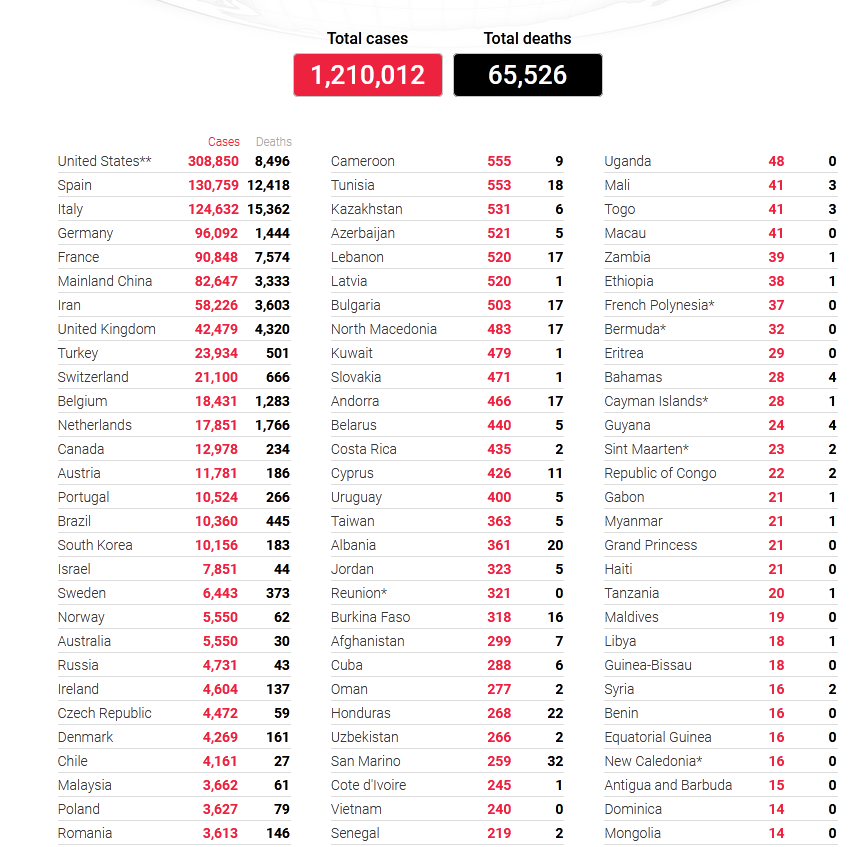 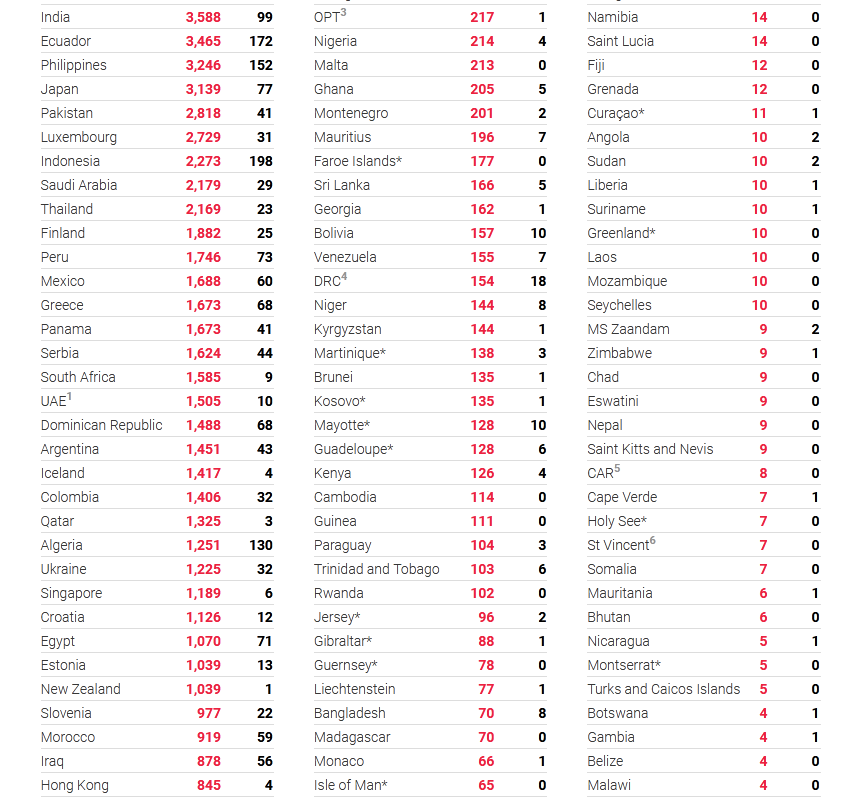 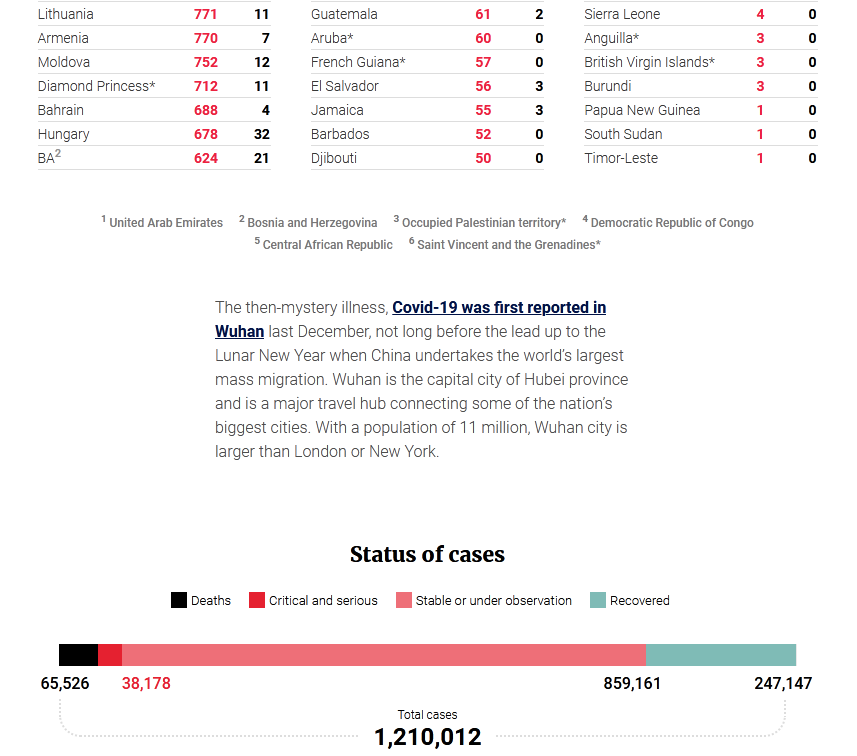