Skip to content
StudyNcareer Desk:This time the Rangpur Express bogie caught fire.Rangpur Express at Ullahpara in Sirajganj was the victim of an accident after cutting off a rash at Kasaba Upazila of Brakhanbaria.Immediately after the Rangpur Express Line was dislodged near Ullapara Railway Station, a fire broke out. No specific details of the casualties have been found so far. The accident took place near Ullapara Railway Station on Thursday afternoon. Fire service personnel are working to help the locals.

According to locals, 09 (nine) bogies of the Rangpur Express train were dislodged near Ullapara railway station and three (03) bogies were set on fire immediately. It was reported that a total of three bogies with engines were set on fire and fire service personnel were working to control them. Due to the accident, railway links in the north of the capital are closed. 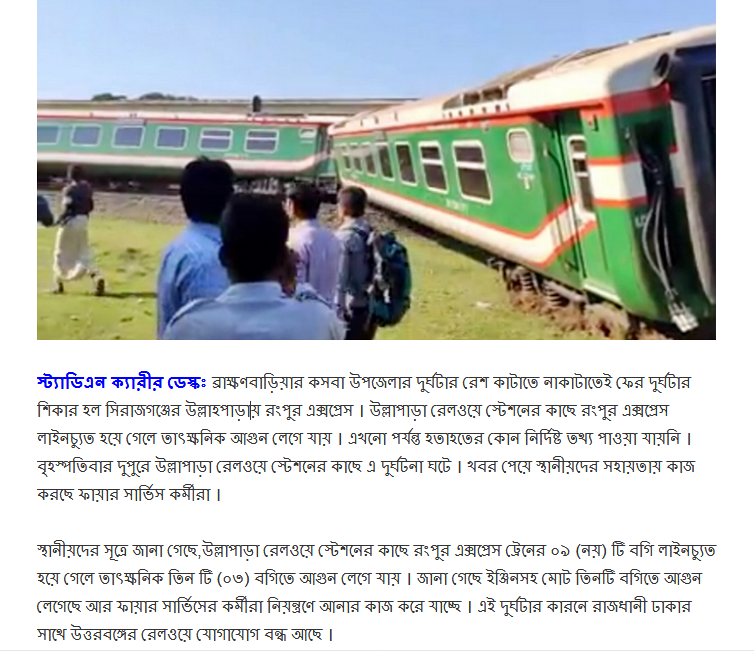