The parents are in the hospital-the little Adibar who is buried. Little Adiba, as beautiful and Mayawara look as she was, was her distress. Chittagong was going to Chittagong with his parents. Before getting on the train and getting on the train, Adiba was playing, laughing, mumming with her mother. Yet Adiba didn’t know that it took him much longer in this world, that his vacation time had come, that it was his last journey with his mother and bloodshed. Who could have thought it was time to talk about a little Adibah?

None of the parents and Adiba thought that these memories will be his last memories. Adiba was sitting in her mother’s house playing in the open, she thought no danger could touch her because she was with her mother. And his mother will keep him above all danger. But neither has come that heartbreaking and heartbreaking moment.

Yes, at 3pm on Monday, two trains collided head-on with a sudden noise at the Mandabag railway station on the Dhaka-Chittagong railway. Sixteen people were killed and hundreds were injured. There, this little Adiba was killed, maybe he was trapped under a heavy load inside the train, or Adiba, who was trapped with an iron object, died.
Adiba was at his mother’s house at the time of the incident but his mother could not hold him, he slipped away from his mother’s house. Adiba died right then. Locals rescued him and sent him to Brakhanbaria Hospital. Little Adiba was lying on the floor of the hospital, but her parents were still with her. The search was later found in the hospital with his parents and 4-year-old brother.

Adiba Akhter Soha was taken in an ambulance at 7.50 pm on Tuesday night while her parents and brothers were in the hospital and were buried in her residence at Tambulkhana village of Baniachang upazila of Habiganj. The burial was completed by leaving parents and brothers. Adiba Akhter Soha, the father of Mahin Ahmed Sohail and mother Nazma Akhter, was never able to accept the grief that they will never see Adiba, love, affection, love.

The parents are in the hospital-the little Adibar who is buried. 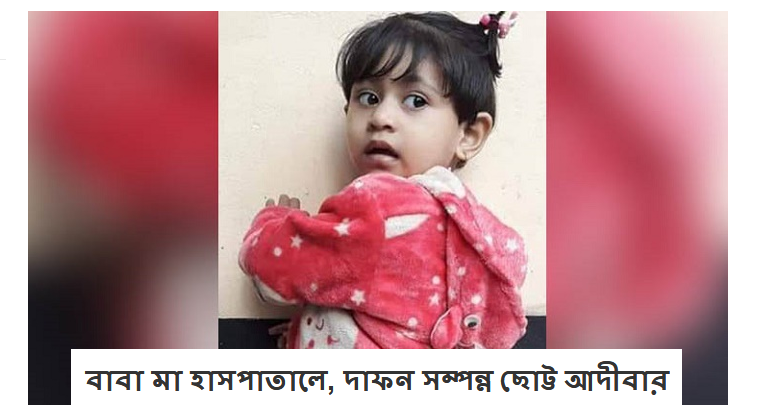 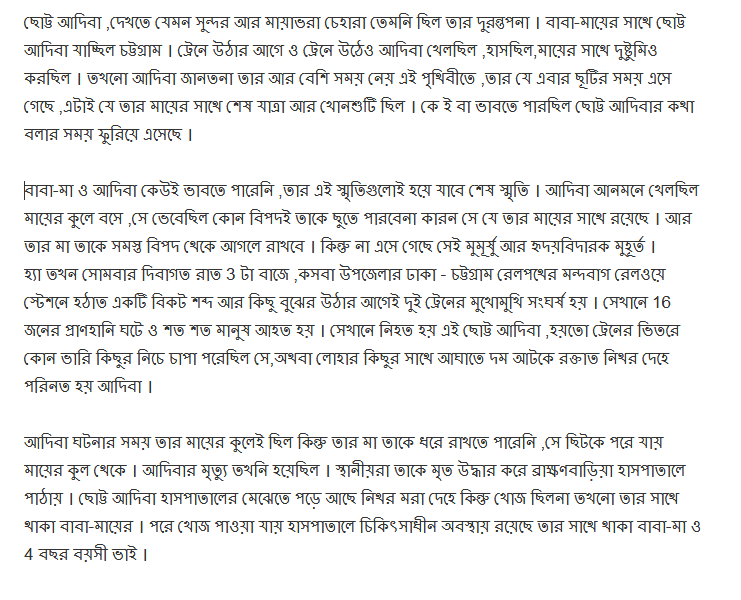 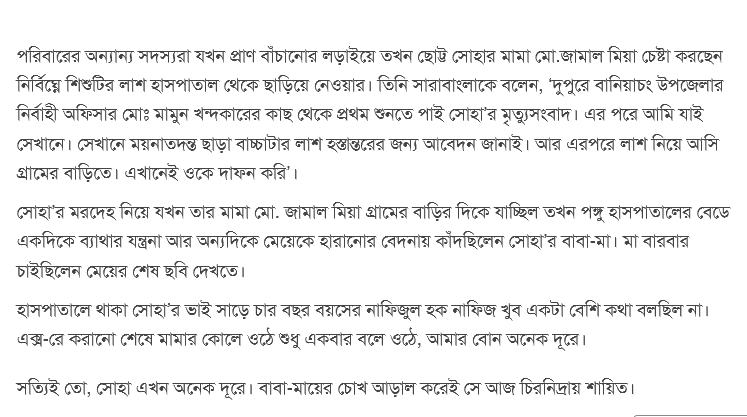