Train accident: Baby crying in hospital and looking for parents.Train accident: In the hospital, the baby is crying but her relatives cannot be found.

At least 16 people were killed when two trains collided head on in Brashanbaria’s Kosba. It was learned that the child was rescued after a train accident at Mandabag railway station at Dhaka-Chittagong railway station at Kasba Upazila at around 03:00 on Monday. No one was found near her at the scene. As the condition of the child was very bad, he was quickly admitted to Brakhanbaria Sadar Hospital. No relatives or guardians of the child have been found so far. The baby is now just screaming in the hospital bed and looking for her parents.

Akhaura Railway Police Station OC Shyamalakant Das said the clash took place just after the Chittagong-bound Uday Express and Chittagong-bound Tula Nishitha Express Mandabag Railway Station, which left from Sylhet. Of the two trains, some of the cargoes were lined up and many people were injured and so far 16 people have been reported.

Meanwhile, a 03-member committee has been constituted to investigate the incident on the initiative of Railway and District Administration.

Train accident: Baby crying in hospital and looking for parents 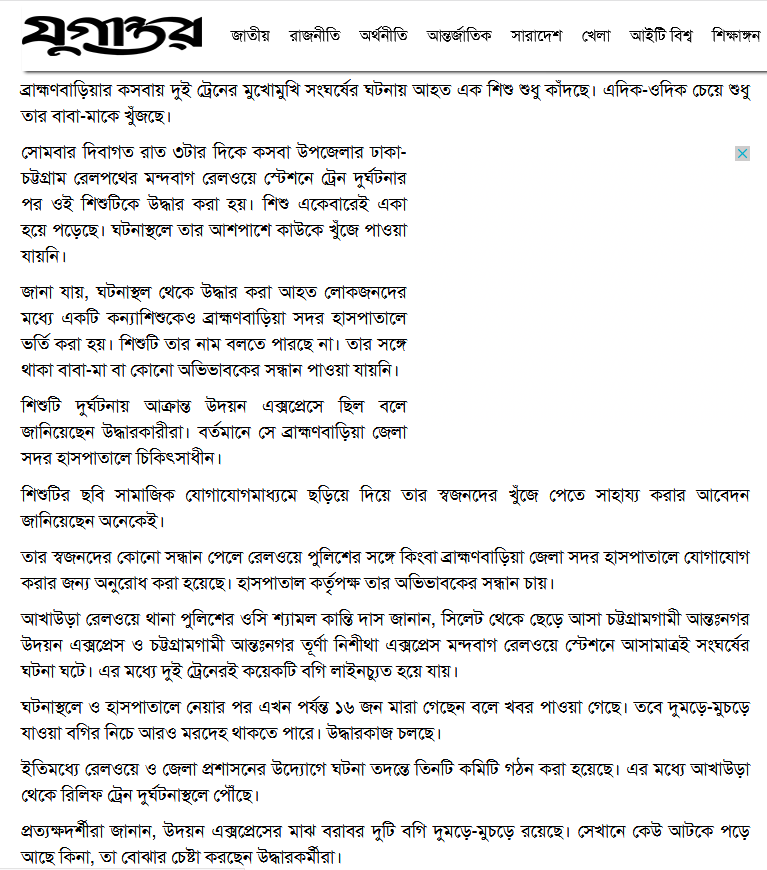 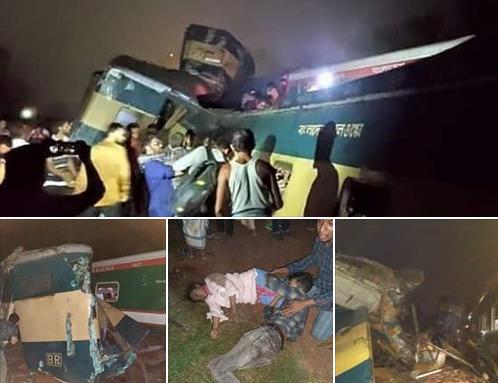 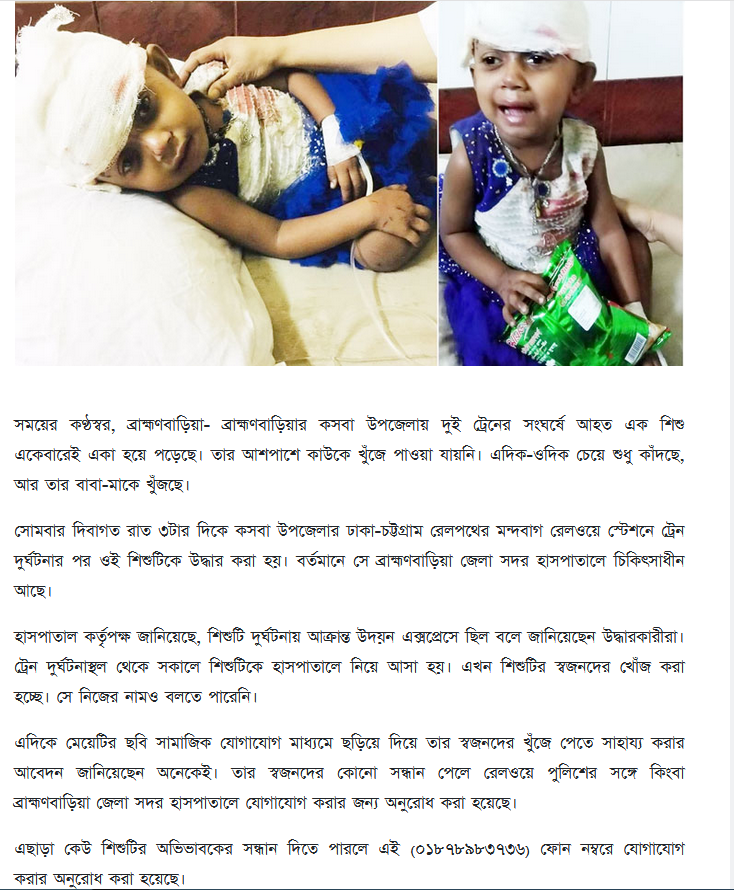 ADVERTISING
Scroll back to top