Nusrat murder judge Principal Siraj hanged 16 people.A verdict has been issued in the court today for a fair trial for the murder of Nusrat, which has been a public question in the past for a long time. Bangladesh court has ordered the execution of 16 accused simultaneously on October 24, 2019 for the burning of Feni’s gold gazi madrasa student Nusrat Jahan Rafi. Through this verdict, the parable of the law and order of Bangladesh has spread in the court of the world. At the same time, the issue of justice for the common people of Bangladesh has stirred around the world. 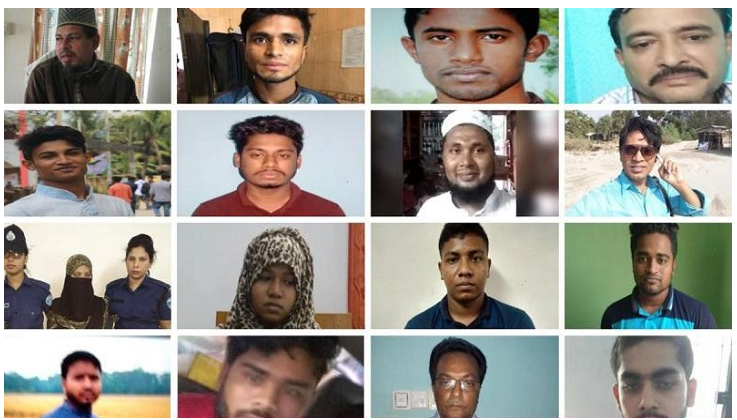 In the past, Nusrat Jahan Rafi was the alumni of Sonagazi Islamia Fazil Madrasah. Sirajuddaula, the principal of the madrasa, called her to his room and sexually harassed her.

Rafi’s mother Shirin Akhter filed the case with Sonagazi Police Station on March 25. Police arrested the principal. Later, the family threatened to take up the case in various ways.

Rafi went to the madrassa center to test the first letter of Alim-level Arabic on April 7 at 8am. At that time, some people dressed in burqa called him to the roof of the adjoining building and pressured him to withdraw the case against the principal. If they do not agree, they put Kerosene on Rafi and set him on fire.

Rafi’s entire body burned in it. He died while undergoing treatment at the burn unit of Dhaka Medical College Hospital at around 7:30 pm. 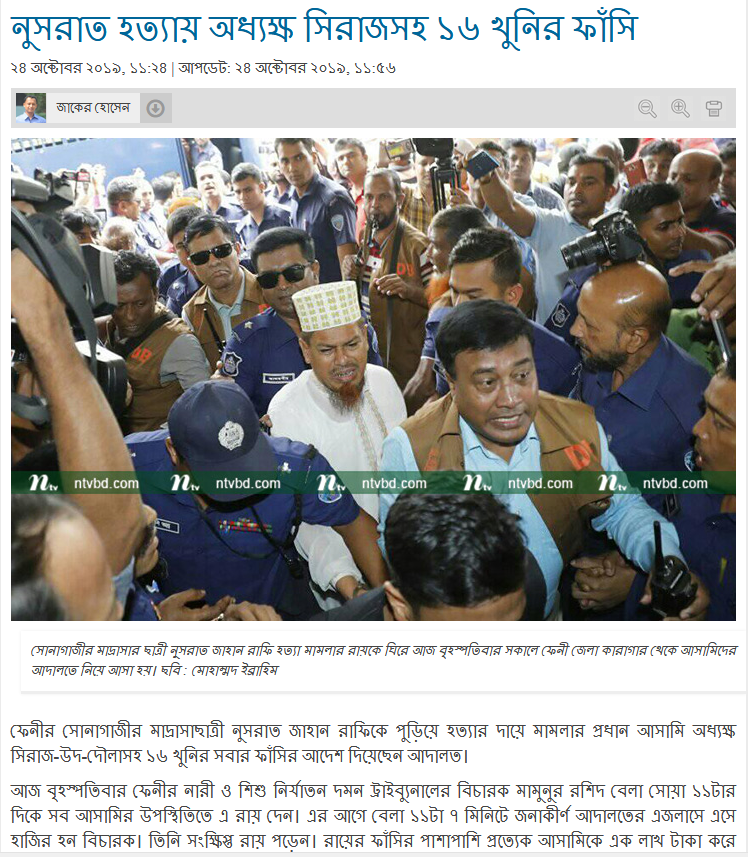 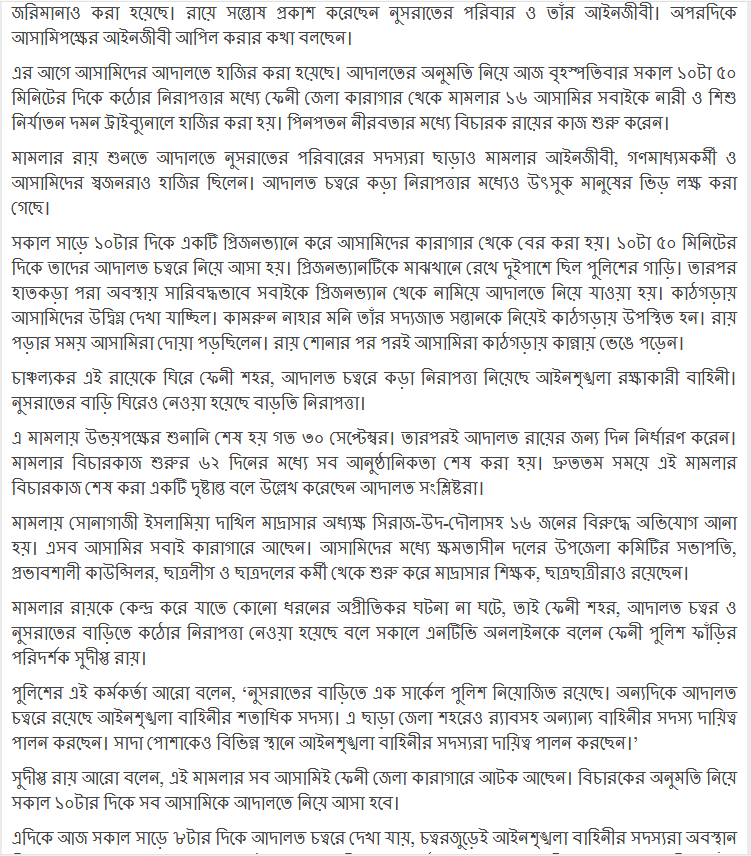 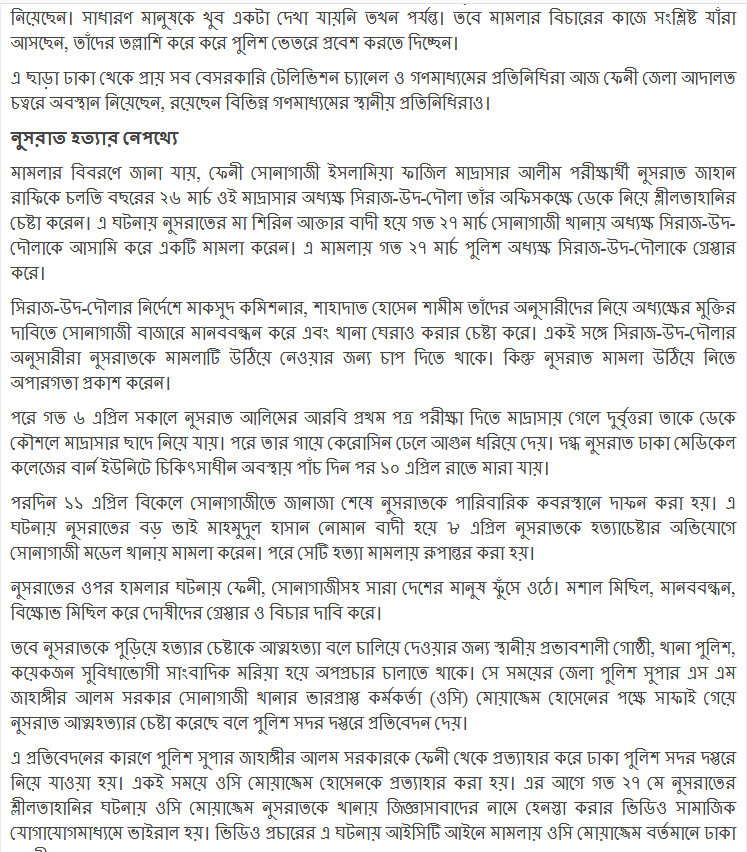